Just The Way That I Am 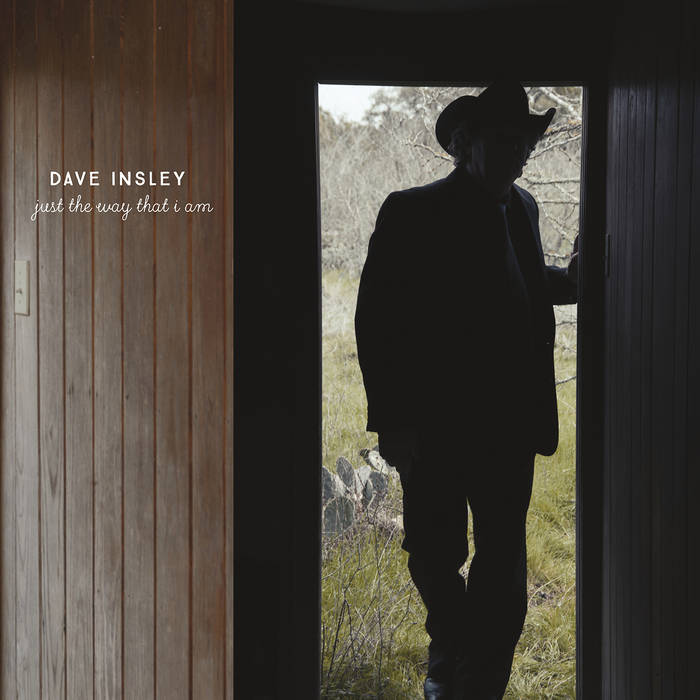 Old-style country crooning from a distinctive and original voice from Austin, Texas. Dave’s new disc showcases his quirky, heartfelt narratives and smoky baritone, and features the musical muscle of some of Austin’s finest players. From the opening lines of “Drinkin’ Wine and Staring at the Phone” through the closer, “Everything Must Go,” it’s solid country gold with Rick Shea, Redd Volkaert and Danny B. Harvey on guitar, Matt Hubbard on piano, harmonica and trombone, and special guest vocalists Kelly Willis, Elizabeth McQueen and Dale Watson. Just the Way That I Am is Insley’s fourth solo release, and his first since 2008’s West Texas Wine. His artistic maturity and the clarity of his ideas shine through, carried by the easy cadence and quality performance Insley is known for. Highlights include the honky-tonk weeper “Win-Win Situation, for Losers,” co-written with Rick Shea and Paul Lacques (I See Hawks in LA) and performed here as a duet with Kelly Willis; “Arizona Territory 1904,” a re-telling of a Marty Robbins classic; and “We’re All Here Together Because of You,” a tender, upbeat homage to his wife and family. Insley’s modern voice and old-fashioned approach have earned him a singular position in the broad field of Americana music. This is thinking man’s country—intelligent, thought provoking story-songs that grow more satisfying with each listen.

Dave Insley “Just The Way That I Am”

Bandcamp Daily  your guide to the world of Bandcamp

Featured sounds from Fly Lo and Ahmed Idris, plus Mother Nature hops on to drop off new project